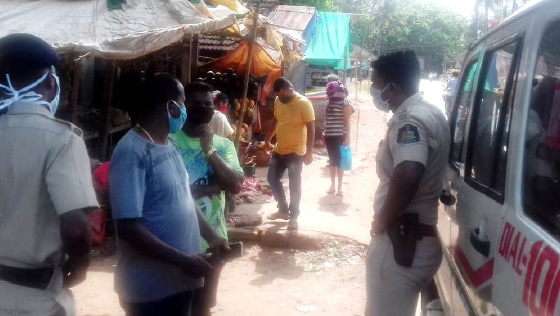 Colva witnessed an uproar on Tuesday after a group of local residents, including some panch members, closed a couple of vegetable stalls in the market area in the wake

of coronavirus scare in the

Around four to five vegetable stalls operating in the village were shut down by the villagers following a coronavirus scare. The residents called the Colva police and demanded that the vendors and others working at the stalls were tested for Covid.

The vendors and their workers were later taken to the Primary Health Centre, Cansaulim.