MMC meets today to decide on plan after Fomentoâs exit 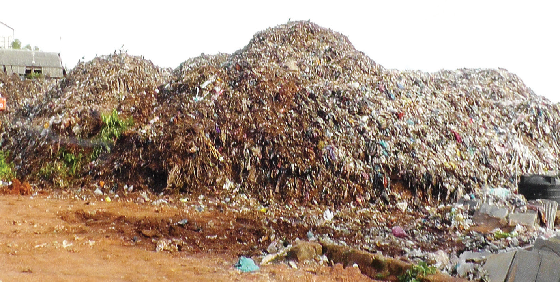 Taken aback by the sudden turn of events on the Sonsodo imbroglio with Fomento making an offer to hand over the waste treatment facility to the Civic body, all eyes are focused on the Margao Municipal Councilâs special meeting scheduled on Friday which will not only take a call on the Fomento offer, but decide whether it will run the waste treatment plant departmentally or rope in a contractor.

Fridayâs urgent meeting assumes significance as the MMC has one weekâs time at its disposal to take a call on the future road map â how to go about the solid waste treatment after Fomentoâs exit.

While Fomento had in its letter asked the Civic body to take over the plant within three days, the South Goa district Court on Thursday gave 7-days for the MMC to take a decision on taking over the treatment facility.

The urgent MMC meeting has also assumed significance given that GWMC has for the moment declined to take over the Sonsodo waste treatment plant facility. On the contrary, GWMC Managing Director Levinson Martins has suggested the MMC either carry out work at the treatment facility departmentally or float an Expression of Interest to engage an expert to run the plant. It is learnt that GWMC has also promised to train MMC workers in managing the waste plant run on the windrow technology.

Given the fast pace developments unfolding on the Sonsodo issue, CO Ajit Panchwadkar went into a huddle with municipal engineers and other staff on Thursday to discuss Fomentoâs offer and finalise the plan of action.

âCertain issues have cropped up after Fomento submitted the letter to the Civic body on Wednesday offering to hand over the plant. The Council has called for an urgent meeting on Friday to discuss the  emerging developments and take a decision how to go about the situation,â remarked MMC Chief Officer Ajit Panchwadkar.

The CO along with municipal engineers, sanitary inspectors Viraj Arabekar, Sanjay Sangelkar, MMC lawyer Adv Maria Mesquita were all huddled around the Municipal High Court lawyer, S Padiyar at the South Goa district Court after the Court granted seven days time for the civic body to take a decision on Fomentoâs offer to hand over the Sonsodo WTP.

Handing over plant to MMC in public interest: Fomento

MARGAO: Fomento has maintained that the company has offered to hand over the Sonsodo waste treatment plant to the Margao Municipal Council solely in public interest despite the great prejudice that has been caused to the company in not having received the termination payment from the Civic body.
In the letter addressed to the Margao Municipal Council, Fomento has told the Civic body that the situation in the plant has reached crisis proportions.
In the letter, Fomento urged the MMC to immediately take over the facility so that further steps can be taken forthwith for a smooth and expeditious takeover to prevent any adverse fallout on the garbage processing scenario in the city.
In this respect, Fomento pointed out that the company is ready to hand over its plant and allied facilities within three days to enable MMC or its nominee to gear up for running the plant.
Fomento has also made it clear that it will remove certain assets from the site within three weeks from hand over of the plant. The company also asked the civic body to decide and communicate whether the MMC would wish to take over the contract of plant labour and technicians/operators, adding âif not, we will terminate their services by giving relevant notice periodâ.
The letter further stated that MMC will have to transfer the electricity and water connections to the plant, which are presently in Fomento name, and pay those bills from date of take-over till transfer of the connections to the MMCâs name.