Home  >>  Goa  >>  Will MMC finally zero in on a site for Sonsodo remediated waste?

Will MMC finally zero in on a site for Sonsodo remediated waste?

Issue to be discussed in ordinary meeting today 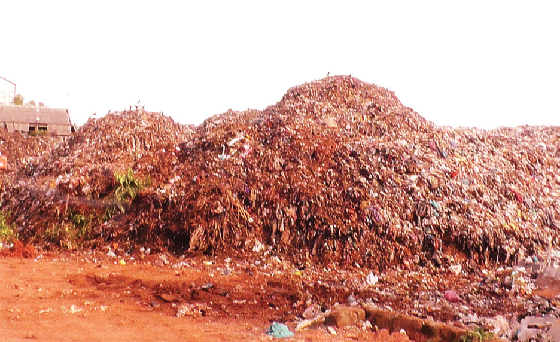 Come Wednesday, and the Margao City Fathers will have to take a call on a crucial decision â where to store the RDF, inert and compost generated during the remediation of the Sonsodo legacy dump.

With the civic body finding it difficult to zero in on a suitable land for the temporary storage of the remediated waste, including RDF, the issue has found mention in the agenda of the ordinary meeting of the Margao municipality scheduled on Wednesday evening.

A glance at the meeting agenda states that the councilors will be asked to discuss the proposal for allowing the temporary storage of RDF, inert and compost waste generated out of the remediation process of the Sonsodo legacy dump.

That the issue of availability of land for storage of remediated waste has found mention on the meeting agenda indicates that the municipal administration is keen to involve the City Fathers in arriving at a consensus on finalizing land for the purpose.

Though the MMC and GSUDA had earlier suggested that Goa State Urban Development Agency land opposite the Margao railway station, besides GSUDA land opposite the Collectorate building be considered for the temporary storage of RDF, subsequent protests from citizens had forced the civic body as well as the Goa Waste Management Corporation (GWMC) to tread a cautious path.

That the issue has been included in the meeting agenda indicates that the administration may place before the City Fathers to discuss and zero in on suitable land for the purpose.